About the International Botanical Congress (IBC)

Authorized by the International Association of Botanical and Mycological Societies (IABMS), the International Botanical Congress(IBC) is the largest international conference in the fields related to plant sciences. It is held once every six years in locations that rotate among different countries. The IBC not only brings together scientists from many countries/regions, but also from the many disciplines that encompass the plant sciences, including mycology, ecology, agriculture, horticulture, systematics, etc. The congresses provide valuable opportunities for plant scientist from around the world to share new research findings and ideas, to establish international collaborations and to make new friendships and renew old ones.

The IBC also has the power to amend the International Code of Nomenclature for algae, fungi, and plants (ICN). The nomenclature section, held prior to the main congress, deals with proposals to alter the Code. Once the Code is in its final form, it becomes a guide for dealing with the scientific names of plants, fungi and a few other groups of organisms.History of the IBC

The first IBC was held in Brussels, Belgium, in 1864, and it was in conjunction with an international horticultural exhibit. The current numbering system for the IBC started in 1900, when it was held in France. In the beginning, the IBC was held once every five years, but was interrupted by both the first and second world wars. Since the XI International Botanical Congress in Seattle, USA, in 1969, the IBC has been held routinely once every six year.

During its first 60 years, the IBC was convened only in Europe. In 1926, the first IBC held outside of Europe was hosted in Ithaca, New York, USA. Since then, the hosting city of the IBC rotated among Europe, North America and Australia. It was not until 1993 that an IBC was held Asia, in Yokohama, Japan (IBC XV). The IBC has been convened in 16 cities in 12 developed countries. This year, the XIX IBC (IBC 2017) will be held in Shenzhen, China. 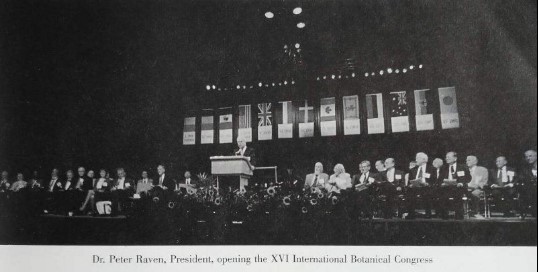 Table: IBC I to XVIII: Date, location and number of attendees 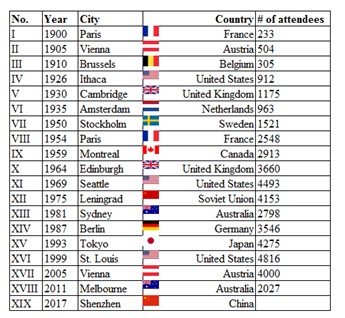 The Chinese botanical research community and the IBC

Chinese botanists have always been actively involved with the IBC. In 1905, two Chinese botanists attended the II IBC held in Vienna. At the VI IBC, Professor Chen Huanyong was elected as the vice presidents of the nomenclature section and a member of the executive committee of the nomenclature section. Since the XIII IBC held in Sydney, Australia (1981), an increasing number of Chinese plant scientists have attended the IBC. The congresses provide a perfect platform for Chinese scientists to communicate and exchange ideas with botanists from all around the world. 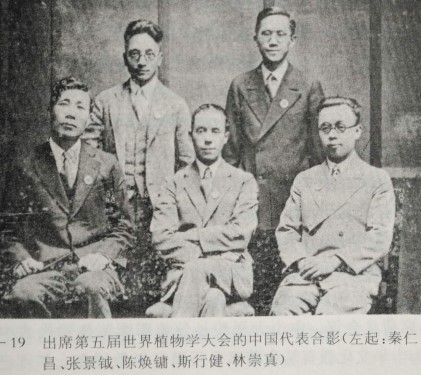 Figure: Chinese botanists at the V IBC in Cambridge, UK (1930)

The organization for the XIX IBC (IBC 2017) has been a collaboration between the Botanical Society of China (BSC) and the Shenzhen Municipal Government. The Congress will be held in the Shenzhen Convention and Exhibition Center, Shenzhen, China, during July 23-29, 2017. IBC 2017 has turned over a new leaf in the history of IBC with China being the first developing country to host the Congress. In addition to being a developing country, China is also a fast growing economy and one of the world's biodiversity hot spots. China's successful experience in building an innovation-oriented society while endeavoring to protect biodiversity will help to achieve a sustainable earth. 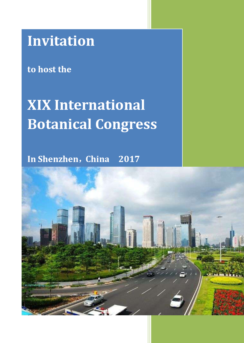