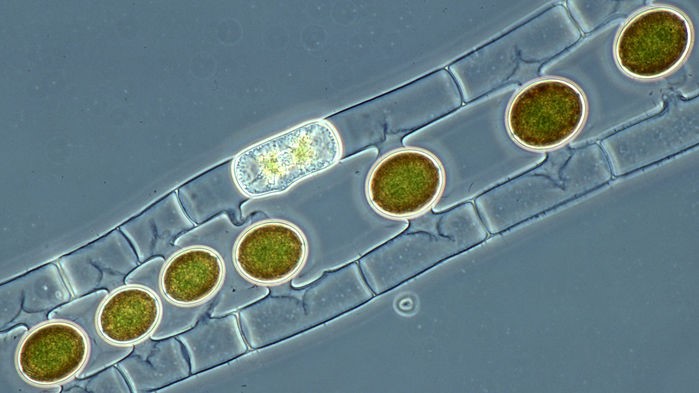 Freshwater alga in the genus Zygnema would be one target of sequencing project. Norbert Hülsmann/Flickr (CC BY-NC-SA 2.0)

SHENZHEN, CHINA—Hopes of sequencing the DNA of every living thing on Earth are taking a step forward with the announcement of plans to sequence at least 10,000 genomes representing every major clade of plants and eukaryotic microbes. Chinese sequencing giant BGI and the China National GeneBank (CNGB) held a workshop yesterday on the sidelines of the International Botanical Congress, being held this week in BGI's hometown of Shenzhen, to discuss what they are calling the 10KP plan. About 250 plant scientists participated in the discussions and "are raring to go," says Gane Ka-Shu Wong, a genomicist and bioinformaticist at University of Alberta in Edmonton, Canada.

The 10KP plan will be a key part of the Earth BioGenome Project (EBP), an ambitious and still evolving scheme to get at least rough sequence data on the 1.5 million eukaryotic species, starting with detailed sequences of one member of each of the 9000 eukaryotic families. The effort to sequence plants is moving ahead a bit faster than other aspects of EBP "because plant scientists are more collaborative," Wong says jokingly.

The 10KP plan is also building on a previous 1000 plant (1KP) transcriptome project. That effort, launched in 2012 and now nearing completion, was also led by BGI, where Wong is an associate director.

"One thing we focused on (for 1KP) was sampling phylogenetic diversity, not just crops and model organisms," Wong says. That strategy will continue with 10KP. The transcriptome project has resulted in more than 50 papers, with the overall summary publication still to come. A lot of the analysis has focused on plant evolution. One surprise was that important transcription factors previously thought to have evolved as land plants colonized terrestrial habitats can actually be traced back to green algae, says Michael Melkonian, a botanist at the University of Cologne in Germany. Screening green algae also turned up new light-sensitive proteins that neuroscientists now use to study how different neurons interact and better understand neurological functioning.

Whereas the 1KP project only tackled the transcriptome, or all the messenger RNA expressed by an organism, 10KP will produce completely new sequences of the entire genome. And scientists expect an even larger bonanza of fundamental insights and economic spin-offs. The 10KP project "is 1KP on steroids," says Douglas Soltis, a plant biologist at the Florida Museum of Natural History at the University of Florida in Gainesville. He adds that one "wonderful thing" about the project is that it will provide reference genomes for "the numerous plant researchers studying nonmodel systems," he says. The project will also present "an unprecedented opportunity to address fundamental questions about plant evolution," says Stephen Smith, an evolutionary biologist at the University of Michigan in Ann Arbor. Study targets are expected to include the role of genome duplication, the correlation between genomic and morphological changes, and how rates of evolution changed over time.

One challenge Smith points to is the need to develop new means of analyzing and synthesizing sequencing information. "Existing tools and methods are unable to handle the extraordinary scale of the data," he says. Wong says another bottleneck will be dealing with the paperwork needed to comply with legal requirements of shipping plant material across borders, as well as complying with the Nagoya Protocol, an international pact that seeks to ensure the fair and equitable sharing of genetic resources. On the other hand, gathering specimens is easier than for other areas of genetics. "You don't have to chase down some animal, you can usually just go to a botanical garden," Wong says.

Xu Xun, who leads technical development for BGI, says the company and CNBG will cover the sequencing costs but "scientists will have to find their own funding for collecting samples and for analysis." As for timing, Wong says they hope to gather the samples in the next 2 years and "we hope to wrap up the sequencing and analysis in 5 years."

"We're ready to start sequencing yesterday," Wong says. And plant scientists are eager. After the meeting yesterday in Shenzhen, "several people came up already wanting to send samples," he says.